Jon Gelsey on "Why I Joined Macrometa's Board of Directors" 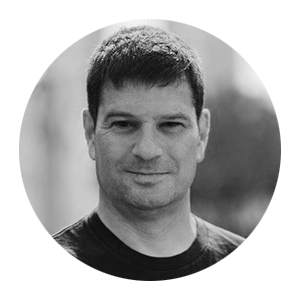 Jon Gelsey is the former CEO of Identity Authentication Management Unicorn and disruptor Auth0 and XNOR.AI - an edge centric AI tools company acquired by Apple. Jon serves as independent director on Macrometa's Board of Directors (BoD).

I like products that make its users heroes. Macrometa’s Global Data Network does just that, and it makes me proud to be a new BoD member there.

Macrometa’s GDN(Global Database Network) is, among other things, a CDN (Content Delivery Network) that can deliver consistent live data globally with milliseconds latency anywhere in the world out of a Read-Write distributed database. So a write in Vietnam can be read by an app in California in a few mS. And there’s more: Durga Gokina and his engineering team realized that a table can be a stream, and made it so that it enables high-performance and inexpensive global stream processing in order to ingest, process and augment or transform data at the edge in real time. The app in California gets updated in mS with a push if it wants with no read required. In fact, with the GDN, queries can now become serverless API calls deployed globally.

The GDN at its most basic is a really great CDN attached to a globally-consistent distributed database, but when fully exploited is a super-fast, fully-featured, compute-at-the-edge backend.

And it gets better: Macrometa’s GDN is an order of magnitude cheaper than today’s distributed databases like DynamoDB or MongoDB, and it’s a drop-in cost-saving cache for them. Who doesn’t like cutting their AWS costs by 80%+ with a few hours of effort?

Enterprise SaaS startups win when they have a service that delivers more capabilities that can be deployed in an MVP in hours, and is significantly cheaper to run than incumbents, coupled with a high-performance team to build the product and the company. For me, all of these boxes were checked at Macrometa, so it was gratifying to have the opportunity to join its BoD. Macrometa’s GDN marks an inflection point for how scalable apps will be developed and I am proud to be part of the journey.