Doug Cutting and Mike Cafarella officially introduced Apache Hadoop in April 2006, and it has been continuously evolving ever since. Apache Hadoop is a collection of open source software utilities that run on the network cluster using commodity hardware to solve many data and computation problems. In this article, we’ll discuss a utility from Hadoop called Hadoop Streaming and compare it to other technologies and explain how it works.

The Hadoop framework consists of a storage layer known as the Hadoop Distributed File System (HDFS) and a processing framework called the MapReduce programming model. Hadoop splits large amounts of data into chunks, distributes them within the network cluster, and processes them in its MapReduce Framework.

People often use Hadoop to refer to the ecosystem of applications built on it, including Apache Pig, Apache Hive, Apache HBase, Apache Phoenix, Apache Spark, Apache ZooKeeper, Cloudera Impala, Apache Flume, Apache Sqoop, Apache Oozie, Apache Storm, and more. There are software/utilities that don’t need Hadoop to process data, such as Kafka and Spark (which can run on both Hadoop and non-Hadoop environments), and others.

The basic functionality of the Hadoop Streaming utility is that it executes the Mapper and Reducer without any external script, creates a MapReduce job, submits the MapReduce job to the cluster, and monitors the job until it completes.

Request a demo with one of our expert solutions architects.

Hadoop vs Spark vs Kafka

There are other open source tools and utilities available in the market that perform real-time and batch analysis of big data. Choosing the best one requires extensive learning about these technologies. Hence, in this article, we have made a comparison between some popular tools that can help you to choose the best one suited for your requirements. Let us have a brief look at these tools.

Apache Spark is a fast, open source unified analytics tool suitable for big data and machine learning. Spark uses in-memory cluster computing and can handle a large volume of data by parallelizing data against its executor and cores, making it 100 times faster than conventional Hadoop analytics. Spark supports various programming languages, like Python, Java, Scala, and R, and it can run on top of Hadoop or Mesos, in the cloud or standalone.

Apache Kafka is an open source distributed event streaming tool built for real-time stream processing. Event streaming means to capture data in real time from event sources like IoT sensors, mobile devices, and databases to create a series of events. The real-time data in Kafka can be processed by the event-processing tools like Apache Spark, Kafka-SQL, and Apache NiFi.

Refer to the table below for other comparison criteria.

In the diagram above, the Mapper reads the input data from Input Reader/Format in the form of key-value pair, maps them as per logic written on code, and then passes through the Reduce stream, which performs data aggregation and releases the data to the output.

We will discuss the operation of Hadoop Streaming in detail in the next section.

Getting Started with Hadoop Streaming and its API

Shown below is the syntax to submit a MapReduce job using Hadoop Streaming and to use a Mapper and Reducer defined in Python.‍

In the Reducer phase, data aggregation occurs and the Reducer emits the output in the form of key-value pairs.

A popular example is the WordCount program developed in Python and run on Hadoop Streaming. Let's look at this example step by step. 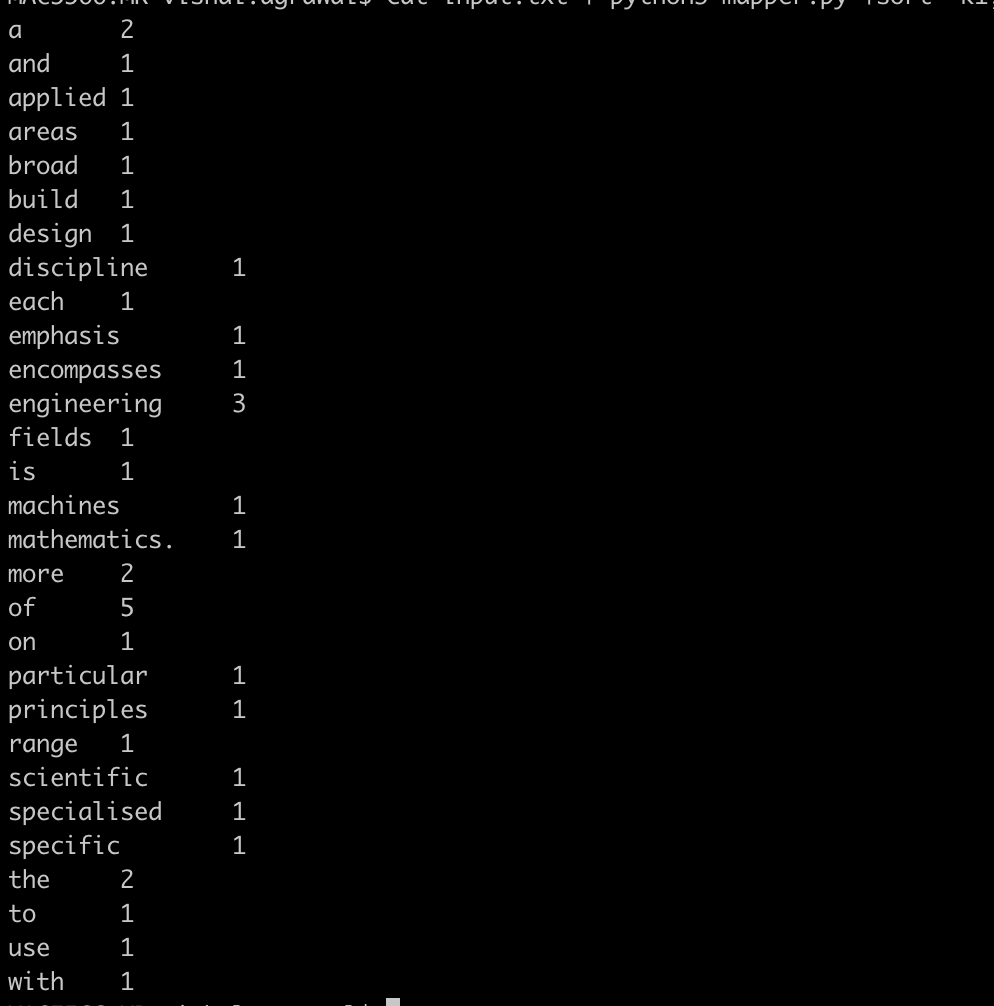 This article reviewed Hadoop Streaming, its features, architecture, and its use case. Hadoop Streaming executes non-Java code in the MapReduce paradigm, but new open source projects like Spark and Kafka are gradually replacing Hadoop. One of the reasons for this is that Spark is faster than Hadoop due to its in-memory computation. Spark also supports multiple languages, accommodating a broader spectrum of development projects.Kafka is known for its scalability, resilience, and performance. Together, Spark and Kafka process data in real-time and offer real-time analytics – something that Hadoop does not offer.

Macrometa offers a modern alternative designed to simplify and shorten the development time of streaming applications. Macrometa offers noSQL database, pub/sub, and event processing services into a single global data network (GDN) that lets you develop a pipeline with minimal code. Try it for free.

In this multi-chapter guide, learn about stream processing and complex event processing along with technology comparison and implementation instructions.

The Guide To Stream Processing

Understand the use cases for DynamoDB Streams and follow implementation instructions along with examples.

The Guide To Google Pub/Sub

Learn Google PubSub via examples and compare its functionality to competing technologies.

Learn about messaging and stream processing technologies, and compare the pros and cons of the alternative solutions to Apache Kafka.

Learn about the strengths and weaknesses of Spark vs Flink and how they compare supporting different data processing applications.

Learn the use case behind Hadoop Streaming by following an example and understand how it compares to Spark and Kafka..

Learn how Databricks and Snowflake are different from a developer’s perspective. Compare their performance, scalability, data structure, and query interface.