How 5G Gaming Will Change the Industry 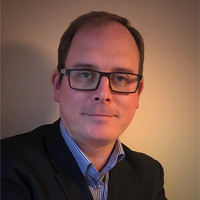 Gaming has the potential to be a killer application for 5G. But it must bring something new to the industry.

We have to look beyond reusing the technology created before the mobile broadband era. That must not be the extent of our ambition.

We must empower developers to create the next-gen experiences of the 5G era. We can provide a 5G cloud, one that is both 5G native and edge native. Developers need a platform that can not only reduce lag beyond human perception but also process game data in real-time.

Do you remember when you fell in love with video games? I remember when it was for me. I had plugged the new network adapter card into my Sony PlayStation 2. Connected it to my 600K Cable Broadband Modem (fastest connection in the UK at the time). I then fired up SOCOM US Navy Seals + Headset :) and joined my first 8v8 multiplayer battle. A few games later I received an invitation to join a faction called the Disposable Heroes. In no time, I was playing competitive organized events and leagues and my world was never the same again.

What amazing formula connectivity and gameplay make. Much greater than the sum of their parts. The original product marketing for the PS2 Network adapter card was as follows:

“The World at your fingertips. Tackle, shoot, frag, and outwit anyone, anywhere, anytime. With the Network Adaptor for PlayStation 2, just about anything is possible. Start your own rivalry across the nation with trash-talking opponents you’ve never met. Experience the best in live competition. No two games are ever alike”

SOCOM for PlayStationPowerful messaging (at least to me back in 2003). After my experience with SOCOM, I didn’t play another game for quite some time. I became addicted to online play. With every new game, I would check to see if it had those three little words written on the cover: “with network play”.

That promise of playing anyone, anywhere, and anytime was a bit of a stretch. I wasn’t going to be able to carry my PS2 around with me to play it “anywhere”, and “anytime” was usually when I finished work. As a side observation, the first version of SOCOM actually supported LAN parties. The precursor, or at least an unknowing nod to the future of Esports events? No latency, or lag issues, no unfair advantages. Skill vs Skill. V.cool.

The developers of SOCOM had a vision for the experience they wanted to bring to console gamers. They nailed it.

5G gaming “The World at your fingertips...”

When I contemplate 5G and gaming, I think back to SOCOM. That promise of a game “with network play” that would open up new worlds and experiences. Game developers in 2021 should see 5G with that same sense of vision and opportunity. Just like developers did in 2003 for the PlayStation 2 network adapter card. An enabler of new experiences.

I want my daughter to have that same “wow” moment provided that I had. But in truth, I want it for me too. :) “The World at your fingertips”

5G and gaming combined have such great potential. But we need to get it in the hands of developers in a meaningful way. We don’t even need to wait for 5G Standalone – Non-Stand Alone with edge computing is a great start. Improved bandwidth and lower latency are attributes that provide a better quality of service (QoS), which translates into a better multiplayer experience or enhanced cloud gaming delivery. But how do they provide that “wow” moment to the gamer? Something they have never experienced before. What is the compelling event or new experience that is being enabled or introduced?

5G is not enough for next-gen gaming on its own. 5G gaming platforms must reduce lag beyond human perception. And they have to do this without limiting the player pool. In fact, they need to expand the proximity limits of who can play. Developers need a platform capable of processing more game events in a single “tick”. Data processed closer to gamers that enables game developers to create new and richer experiences. Derived from insights generated from gameplay events in real-time.

The 5G era of gaming needs to be much more than lower latency play. 5G should be the standard all future mobile gaming platforms have to beat.

Current games are supported by simple client-server-based architectures. 5G will have to support a polyglot approach to gaming traffic protocols and provide a transport layer that transforms game architectures into an event-driven architecture.

This will enable game developers to add new capabilities to the game in an agile manner, while also reducing complexity and operational costs.

A 5G database must enable game developers to leverage historical and real-time context. This data will allow developers to incorporate rich insights, personalization, recommendations, and intelligence into the games they create.

Stream processing will introduce rich leaderboards and player statistics, as well as identify patterns and trends in real-time from their game worlds.

5G will support serverless functions and containerized game logic. Artificial Intelligence to enhance the gaming experience, for example, there will be more sophisticated systems for identifying cheaters and identifying player abuse and checking the gameplay in real-time. Developers have the ability to take action in real-time on the game world mechanics.

Imagine more customized matchmaking systems based on real-time data and event processing that reduce queue times. Developers will understand a player’s real-time mobility within the mobile network and make sure they have the best experience.

This is only the start.

With data and imagination, anything is possible.

The future of 5G gaming

I love this visualization because it shows the market history from 2020 all the way back to 1972. In 2020, consoles generated $33B, PC $40B, and Mobile $85B. The types of games that launched between 2018 and 2020 are quite telling. They are mostly free-to-play, or freemium. They are battle royale and massively multiplayer. They are on mobile devices. They are also moving beyond traditional gameplay and offering new in-game-world experiences.

This is why I say I hope for more from 5G and 5G for game developers. I hope that 5G MNOs take a leading role in building on next-gen gaming technology. I hope they enable cross-over and extension into other industries and experiences.

Online Esports. Interactive gaming. eCommerce. Anti-cheat and abuse-detection. Streaming. Vast multiplayer worlds, and augmented realities. Experiences that can be accessed from anywhere across the 5G network. Powered by the real ability to access, process, and act on real-time data. And it's all within our reach. Who knows, they might even be able to build their own metaverse.

I believe that 5G has the potential to enable that “wow” moment for mobile gaming. Just like the network adapter card was for my PlayStation 2. “The World at your fingertips”

And yes the vertical axis should be inverted, well it depends actually ;-)

As always, reach out to me on Twitter or send an email if you'd like to talk more about 5G. Maybe we can take a call whilst playing some CoD :) (I just started Naraka Bladepoint, so maybe on there).